Over the past few months, my colleague Caleb and I had been developing a game using pygame. We had worked on it from time to time, figuring out the game mechanics, writing code, sketching out ideas and creating game assets.

Last week the company I work for, Caktus Consulting Group, hosted our second Ship It Day. It’s a wonderful perk of working there and a great opportunity to work on projects we’ve been thinking about doing. Caleb and I decided that the next Ship It Day would be a great stretch of time to work on the game we had been developing. We recruited a few other Caktus colleagues, David and Vinod, to help us out in creating this open source game. 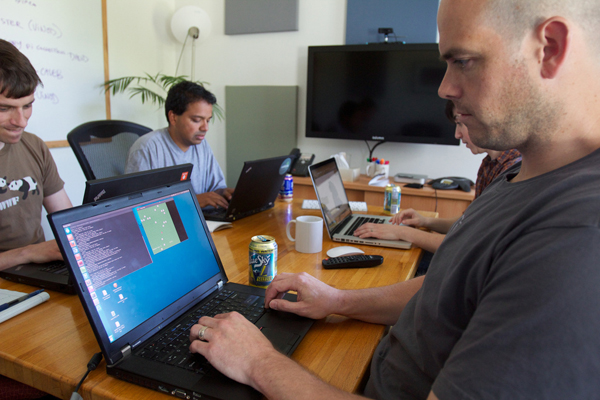 On Thursday afternoon we met and built a plan of attack for the initial release. We already had the mechanics drawn up for the overall game experience, and quite a bit of code, but still needed to complete a bit more before making it live. With the help of our co-workers, we were able to make our first release! 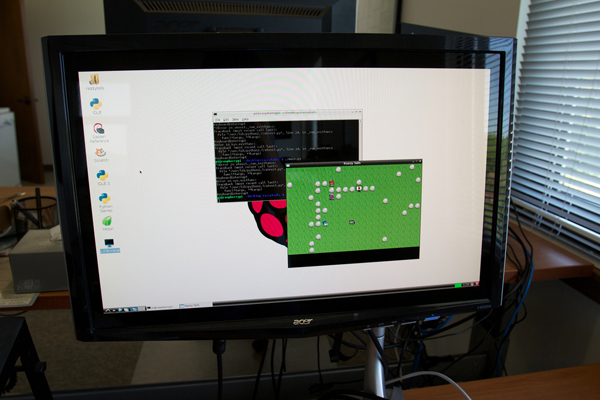 One of the other objectives we had for the game was to create a possible educational tool for using Raspberry Pi with pygame. Here are a few ideas we came up with in ways to use it for educational purposes:

There are definetly more ways in which we see the community utilizing this game and making it into something useful for educational purposes.

In closing, I have to say that developing my first game was something I really, really enjoyed! It was great to come up with the character designs, collaborate on the storyline with my teammates and get Razzytails working on my Raspberry Pi. I hope to have more opportunities like this and create more fun and educational games. 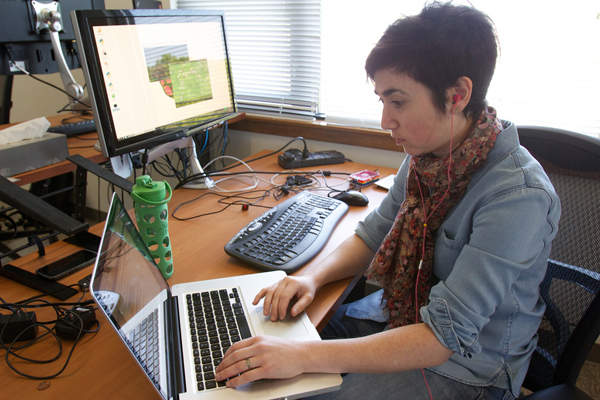