It has been a year since Django core contributor Malcolm Tredinnick suddenly passed away. It was a shock and a major blow to the community to lose him, as described in multiple posts around the web. I never took a chance to contribute my own thoughts on his passing and want to take this occasion to share my own perspective and experiences with him.

I first met Malcolm while working at World Online in Lawrence, KS. He was doing some contract work for us at the time and was in town during the Django 1.0 Sprint event. Our local Django developer community all gathered together in a meeting room in Little Red to fix bugs, contribute to features and get the Django project up to speed for it’s anticipated 1.0 release. 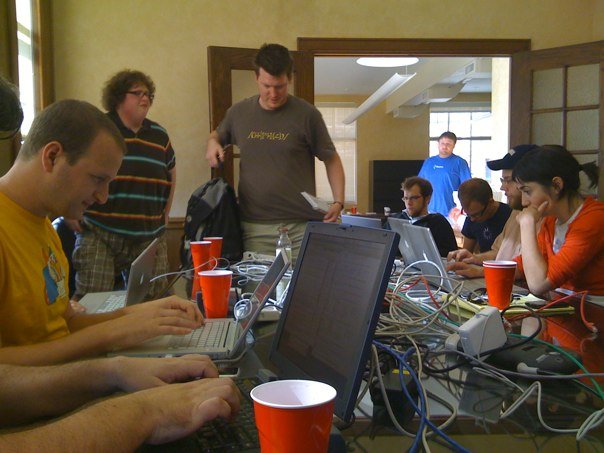 While working with him, I quickly came to realize that Malcolm was incredibly smart. Not just book smart, but the kind of smart that completely amazed you. We were all in awe of how well he understood the complexities of the Django code base and the talent he brought to the project. And while I think most of us felt completely out of our league when working with him, he always was there to be a mentor and teacher to us all.

I hope he knew how much his encouragement and overall kindness especially meant to me. I will never forget his compassion and willingness to teach. His spirit lives on in the people whom he helped and it will never be forgotten. We can all now return the favor by doing this for others and encouraging them in their own practice as developers.

So, as Matt Croydon stated in this tweet, “Celebrate the life of @malcolmt today: be nice to someone, help someone learn something, and push some code. Tomorrow: repeat.”